What do you know about the 10 interesting Facts about Gabby Douglas?Gabrielle Christina Victoria Douglas (born December 31, 1995) is an American artistic gymnast. She is the 2012 Olympic all around champion and the 2015 World all-around silver medalist. She was a member of the gold-winning teams at both the 2012 and the 2016 Summer Olympics.Douglas is the first African American or the first of African descent of any nationality in Olympic history to become the individual all-around champion 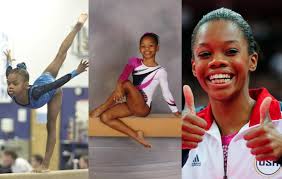 Gabby Douglas made her national debut in 2008 at the US Classic in Houston, Texas, where she placed 10th place in the all-around rankings. She went on to compete at the 2008 Visa Championships in Boston, Massachusetts.

At the City of Jesolo Trophy in Italy, Gabby was part of the US team that won gold. She also placed second on floor, tied for third on beam, and placed fourth in the all-around and on vault.

Douglas Family Gold is a reality television series for Oxygen. The show, which follows the life of 2012 Olympic all-around gymnastics champion Gabby Douglas and her family, premiered on May 25, 2016.

Douglas shared in the team gold medal won by the U.S. She also qualified for the individual all-around in 3rd place, and to the uneven bars final in 6th place.Douglas won the silver in the all-around, becoming the first reigning Olympic all-around champion since 2001 to return to the sport and win a world championships medal.

Facts about Gabby Douglas 6:Female Athlete of the Year 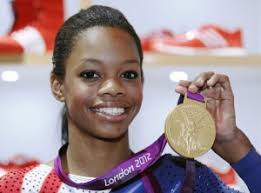 Female Athlete of the Year

In December 2012, the Associated Press named Douglas the Female Athlete of the Year. She became the fourth gymnast to receive the honor

In 2017, she went public about having been sexually abused as a teenager by Larry Nassar, a former doctor for USA Gymnastics

On August 26, Douglas spoke about racist bullying at Excalibur Gymnastics in an interview with Oprah Winfrey and how it nearly made her quit the sport.

The Gabby Douglas Story aired on Lifetime on February 1, 2014,starring Imani Hakim. Douglas performed all the gymnastic stunts herself. In 2015, it was announced that a reality television show for the Oxygen channel had been commissioned to follow Douglas and her family’s life, issued under the working title Douglas Family Gold.

On August 23, 2016, it was announced that Douglas would be one of the judges at the 2017 Miss America pageant.