Did you know Facts about Beaumaris Castle?Beaumaris Castle (Welsh: Castell Biwmares), in Beaumaris, Anglesey, Wales, was built as part of Edward I’s campaign to conquer north Wales after 1282. Plans were probably first made to construct the castle in 1284, but this was delayed due to lack of funds and work only began in 1295 following the Madog ap Llywelyn uprising.Beaumaris Castle was taken by Welsh forces in 1403 during the rebellion of Owain Glyndŵr, but recaptured by royal forces in 1405

Wales was divided into counties and shires, emulating how England was governed, with three new shires created in the north-west, Caernarfon, Merioneth and Anglesey.[5] New towns with protective castles were established at Caernarfon and Harlech, the administrative centres of the first two shires, with another castle and walled town built in nearby Conwy, and plans were probably made to establish a similar castle and settlement near the town of Llanfaes on Anglese 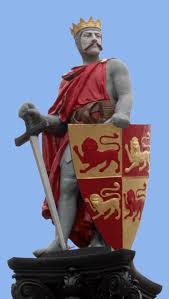 Madog ap Llywelyn  was the leader of the Welsh revolt of 1294–95 against English rule. The revolt was surpassed in longevity only by the revolt of Owain Glyndŵr in the 15th century. Madog belonged to a junior branch of the House of Aberffraw and was a distant relation of Llywelyn ap Gruffudd, the last recognised native Prince of Wales.

Owain Glyn Dŵr, was a Welsh ruler and the last native Welshman to hold the title Prince of Wales (Tywysog Cymru). He instigated a fierce and long-running, yet ultimately unsuccessful war of independence with the aim of ending English rule in Wales

The English Civil War (1642–1651) was a series of armed conflicts and political machinations between Parliamentarians (“Roundheads”) and Royalists (“Cavaliers”) over, principally, the manner of England’s governance.

Beaumaris Gaol is a disused jail located in Beaumaris, Anglesey, Wales. Although no longer in use it remains largely unaltered and is now a museum open to visitors, with around 30,000 visiting each year. 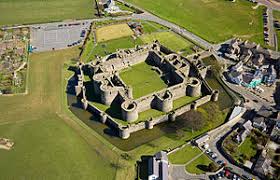 he Castles and Town Walls of King Edward in Gwynedd is a UNESCO-designated World Heritage Site located in Gwynedd, Wales. It includes the castles of Beaumaris and Harlech and the castles and town walls of Caernarfon and Conwy.

Designed by James of St. George, the king’s architect, Beaumaris is one of the finest examples of a concentric castle in the world. A concentric castle design means it is a castle within a castle and was meant to be impregnable, or undefeatable

a little-known but none the less important historical figure, was a master mason summoned from the Continent to implement the king’s plans. Born around 1230, he worked on a number of great European castles including the fortress of St. George d’Esperanche (in Savoy on the French-Swiss-Italian border) from which he took his full name.

The building of Beaumaris Castle began in 1295 and had a workforce of 2,000 men. By the time work stopped on the castle around the year 1330, the total budget spent on construction was £15,000, a considerable sum for the time, as the income for the English treasury was less than £20,000.

Facts about Beaumaris Castle 10:An Inspiration for Art and Poetry 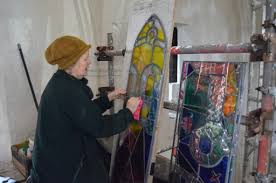 The Romantic movement of the 1800s drew people to North Wales to draw and write about the ruins of the castles and building. Beaumaris was not as popular as Conwy or Caernarfon but was visited by Queen Victoria and painted by J.M.W. Turner in 1835.

I hope you enjoy the 10 interesrting  Facts about Beaumaris Castle.